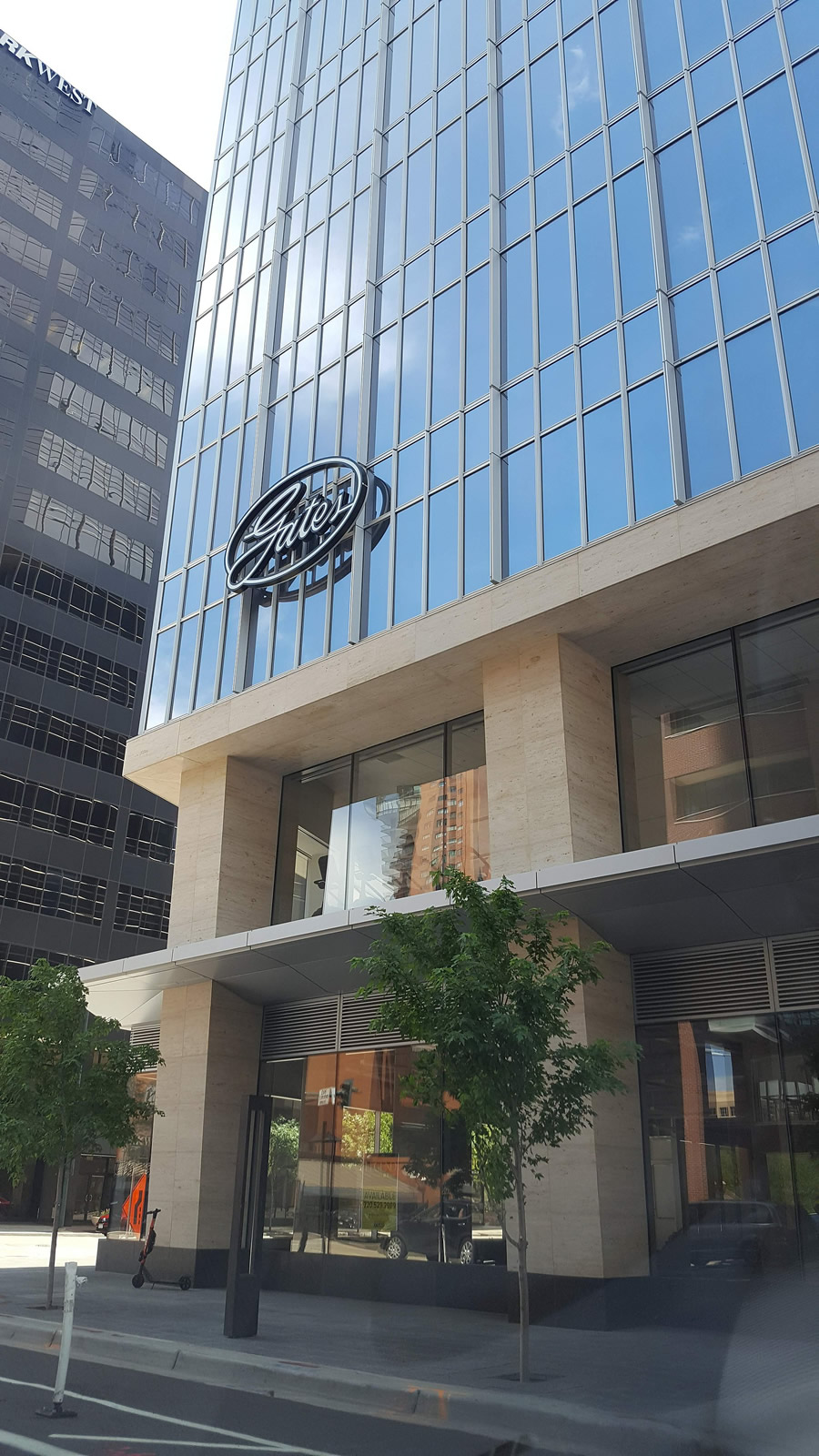 A subsidiary of the giant US Corporation whose motto is “If it moves you, there’s a good chance Gates has a part in it”, the company manufactures power transmission belts for the automotive and industrial markets.

Supplied and commissioned by leading fire specialist company, CMD Electrical Engineers Ltd and installed by Gates’ own engineering team, a network of eight ZFP one and two loop addressable fire panels connected to over 300 devices including 90 of C-TEC’s new EN54-23 certified visual alarm devices were used to upgrade the old fire alarm system. To accommodate the plant’s 24/7 operation, a phased installation was required to ensure at least 90% of the old fire system remained active during the changeover.

As the existing system was a mixture of old conventional and addressable panels in multiple buildings, the first step was to install, network and commission the new ZFPs to allow for the phased changeover of each area. The engineers then began the laborious task of working through the old fire system.

Said CMD’s Craig Dolier: “Gates’ engineers created loops between two radial circuits on the conventional systems and tested the wiring ready for connection. We then upgraded each addressable system to ZFP, working through the radial circuits to make loops and configuring and commissioning the new devices. The facility also had two zone 1 areas which needed to be integrated into the new system.”

“The new system is a massive improvement on the old multiple one as, if a device previously activated, the area had to be physically visited to find out which one it was. With the new one, however, the identity and location of the triggered device is clearly visible on any one of the eight ZFPs.”

A phased evacuation strategy is in operation to minimise false alarms. The first alarm is a pulsing warning signal which will be investigated and silenced if it proves to be a false alarm. If a true fire is discovered, however, a key-switch is turned to trigger the full-scale evacuation of the site.

Said Craig: “The ZFP is extremely well-engineered, reliable and ticks all the boxes for EN54 compliance. We were especially impressed by its capacity to be networked over multiple sites and the ease by which devices can be added to the system.”