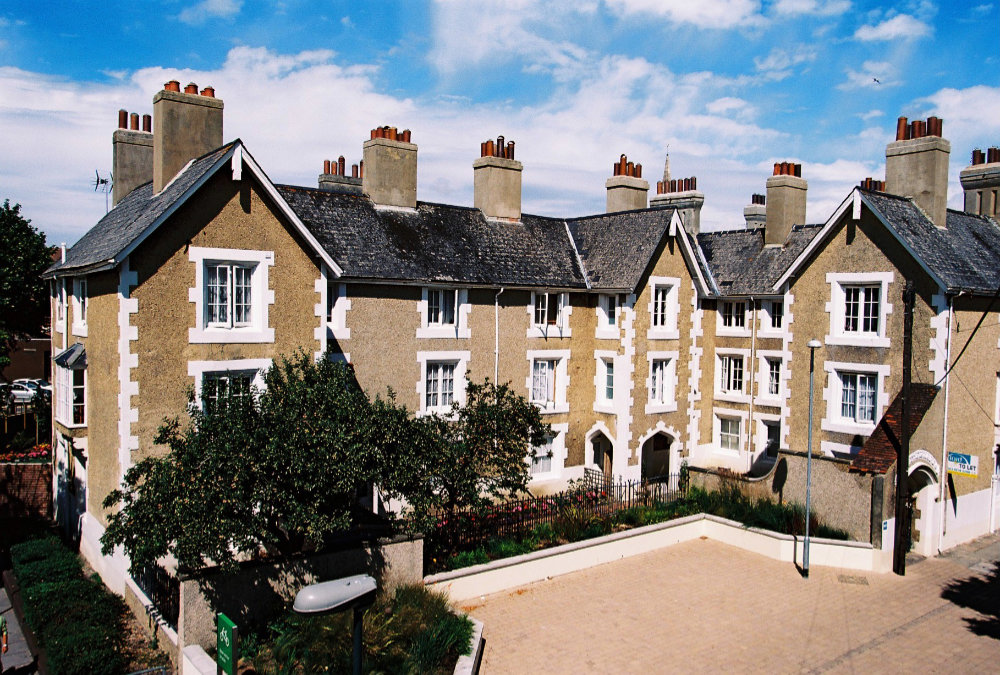 C-TEC’s award-winning Hush Buttons have been installed at The Friary, a fabulous Grade II listed building in Southsea, Portsmouth.

Hailed as a major breakthrough in the battle against false fire alarms in Houses of Multiple Occupation, C-TEC's Hush Buttons have proved an outstanding success at the luxuriously renovated Thomas Ellis Owen designed building.

Built in 1851, the Friary features 23 apartments that combine contemporary kitchens and bathrooms with many of the building’s original features. At the heart of the building’s life safety systems is one of C-TEC’s powerful XFP 16 zone networkable analogue addressable fire alarm panels. Situated in the reception area, the fire panel is connected to 23 Hush Buttons installed in the entrance hall of each individual flat.

False alarms are notoriously high in houses of multiple occupation, flats and apartments and are a major headache for fire brigades. However, C-TEC's Hush Buttons provide the resident with the means to silence false alarms themselves, for example, should they set the fire alarm off accidentally by burning a meal so preventing unnecessary building evacuations, expensive fire service call outs (when the emergency services could be required elsewhere) or, in extreme cases, true alarm signals being ignored.

Said Darren Beddoe of J & N Burrows, the specialist electrical installation company based in Havant, Portmouth, that completed the project: “Hush Buttons give residents complete control over their fire alarm systems and are a great solution for stopping nuisance alarms. We will definitely consider installing them on future apartment block projects.”