Hush-Pro by C-TEC provides fully monitored BS 5839-6 Grade C compliant fire detection, alarm, silencing and test facilities in domestic dwellings such as flats and apartments. As well as putting residents firmly in control of their own fire systems by allowing them to test and silence devices whilst standing at floor level, multiple Hush-Pro systems can be interfaced to a landlord system in a tall building to help make stay-put safer.

When used to its full potential, Hush-Pro can report fires, faults and other system data outside dwellings for action and analysis and provide the fire & rescue service with manual evacuation controls. Visual alarms, voice sounders, cooker shut-off relays, door release interfaces, sprinkler monitoring interfaces, telecare systems, vent controllers and more can all be easily added to the system making Hush-Pro the perfect solution for all high-rise, mixed-use residential buildings and many other domestic dwellings.

Hush-Pro represents a major breakthrough in fire protection for flats and apartments.
Watch our video to find out more.

To view a full 15 minute demonstration of Hush-Pro and ALL of its features please scroll to the bottom of this page.

With Hush-Pro, C-TEC has introduced the concept of three different and distinct alarm levels - Fire Level 1, 2 and 3.

These are the tones/messages that will play if a Hush-Pro Voice Sounder is fitted:- 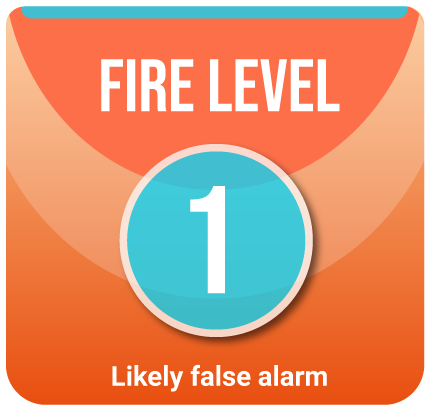 Triggered, for example, by cooking fumes activating a smoke detector in an open-plan living area.

FL1 Alarms are NOT indicated outside the dwelling of origin but, if an integrated Hush-Pro system is installed, they are logged at the Landlord panel, which can also be set up to report them off-site.

FL1 Alarms CAN be Hushed by the occupant and will reset once the cause of the alarm has cleared. 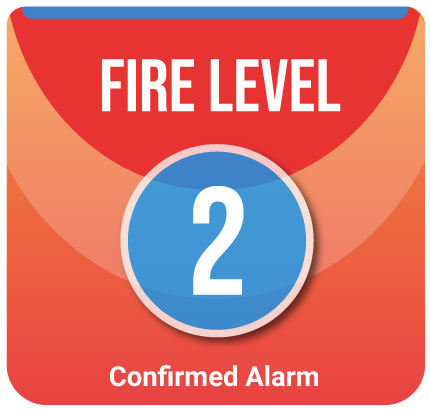 Triggered by the heat element of a multi-sensor, which can be regarded as a confirmed fire. Can also be initiated by two smoke detectors in a dwelling operating at the same time or by a FL1 activation timing-out after two minutes of no user intervention.

FL2 Alarms CANNOT be Hushed by the occupant who will normally leave the dwelling at this point as the fire is likely to be well-established.

If an integrated Hush-Pro system is installed, FL2 Alarms are logged and reported at the Landlord panel, which can also be set up to report them off-site. 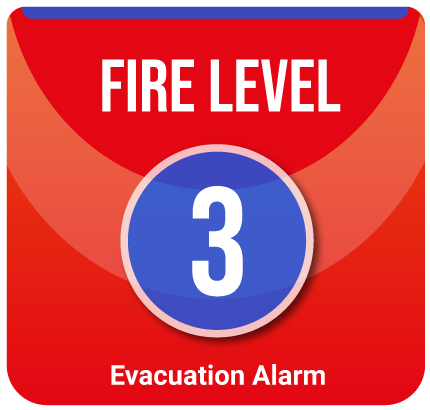 An optional and distinct Evacuation Alarm triggered by the fire & rescue services when a fire is getting out of control via one or more secure switches on the Landlord panel (or a BS 8629 compliant Evacuation Alert CIE, if fitted).

FL3 Alarms will only sound in groups of dwellings as selected by the fire services. The activation of an FL3 Alarm is effectively an instruction for the dwelling occupant to leave the building.

From residents and landlords to installers, service engineers and firefighters - everyone benefits when Hush-Pro is installed. Select from the drop-downs below to see what Hush-Pro can do for you… 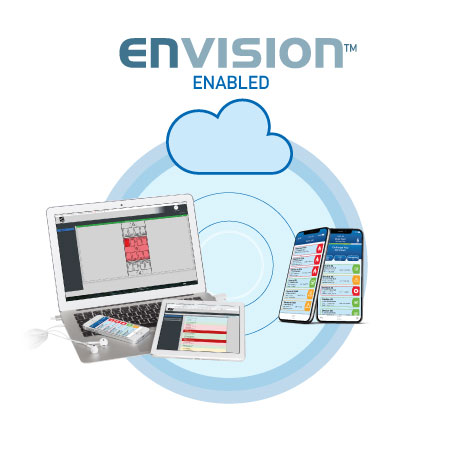 Want to check the status of a system from a remote location? Not a problem! Wherever you are, ENVISION allows you to generate powerful site-specific reports that can be scheduled to arrive on your desktop daily, weekly or monthly to help demonstrate due diligence via a verifiable audit trail. Want fires, faults, tests and other system notifications to be sent in real time to a PC or smart phone? Job done! There’s even a powerful graphics module that allows you to monitor the progress of a fire as it happens on a user-uploaded site plan. Want evidence that a dwelling’s monthly tests are being carried out? It’s all there at the touch of button.

In an era when failure to carry out your fire safety responsibilities properly can lead to litigation, ENVISION not only makes your job easier, it provides indisputable evidence that you are carrying out your mandated duties effectively.

Here are just a few sites where Hush-Pro is helping to better protect people and property. Click on the images for more information. 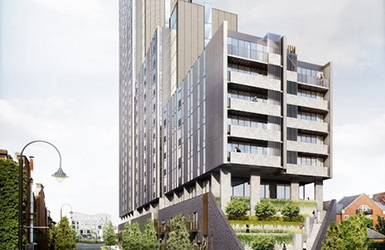 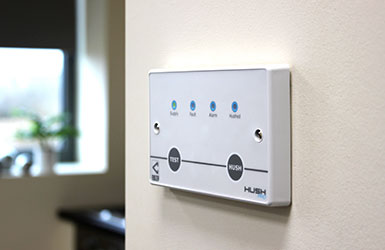 Want to know more about Hush-Pro and how it raises the level of fire protection in a residential dwelling from Grade C to Grade D? Why not attend one of our free online seminars?

Seen enough already and want to include Hush-Pro in your next project? Download our Hush-Pro consultants specification here.

British designed and manufactured, powerful and available now, Hush-Pro is designed to better protect people and property and provides high levels of fire protection in all types of residential buildings.

To view a full 15 minute demonstration of Hush-Pro and ALL of its features, please click on the video below…

Need more information or want to speak to someone about an upcoming project?
Contact your C-TEC Account Manager or email hush-pro@c-tec.co.uk